I was lucky enough to be spared the ordeal of watching the North London derby first-hand. Work is usually a cruel mistress and steps in at the most crucial of moments. I was cursing her ugly visage when I learned that I would miss the game and would have to rely on the kindness of others to relay a text commentary to me. Damn you work, leaving me to miss the annual trashing of our neighbours from North London.

We have been spoiled under Wenger when it comes to the North London derby. Under his leadership, we have only lost 6 of 44. Before Saturday. 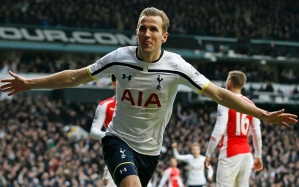 We were dire. We invited Tottenham to attack in their own ground and they duly obliged. Make no mistake though, the fault this time doesn’t lie at Wengers feet. The blame lies squarely with our underachieving players. Strangely enough as well, it was a whole host of our men that laid down their sword and fell on it, not just one voluntary scapegoat. Just as Olivier Giroud was a veritable spectre up front, we had Aaron Ramsey as a midfield passenger. Santi Cazorla – who has performed admirably and led the line in both defence and attack – was amiss when we needed him most. David Ospina, who had kept clean sheets for fun in his previous outings, kept us in with a shout but had a strange penchant for punching the ball and palming it back into play when a safer course of action was required. The whole team, minus Nacho Monreal and Danny Welbeck – should be poring over their performance and ask themselves why they let us down.

Tottenham, whilst they deserved the win, have a team that – Lloris and Eriksen aside – are Europa League quality. Harry Kane has plundered goals for fun but there should still be a question mark hanging over him. He hasn’t got one full season under his belt but the media – much like with Andros Townsend – are proclaiming him to be his nations footballing saviour. Hold those horses journo’s. Whilst he has certainly covered himself in glory recently and most certainly should be in the next England camp, he still hasn’t answered every question that should be posed to him in regards to being England’s chief goal threat. Give him time, don’t hang that massive weight on his neck.

Tottenham took the game to us and had a frenetic pace that our ponderous players struggled to hold in check. It’s been a trademark of ours over the years but due to the success of the City victory we adopted the methodical approach which took the plaudits at the Etihad. It wasn’t just grit that won versus Pelegrini’s men, but a tactical masterclass that turned defence into attack quickly and made the most of our players talent to move the ball rapidly. Against Pochetino’s boys, we saw plenty of the ball but the zesty passing and speedy interchanges were replaced with vapid movement and a lack of inspiration. Aside from Ozil’s finish – we were insipid. We got exactly what we deserved and that is what is so hard to admit.

For once, Tottenham took the spoils and thoroughly deserved it. In keeping with this season’s form, we look like genuine contenders in one game and within a week we look like we need an overhaul. When Arsene criticizes his players you know that they haven’t acted on their manager’s instruction and have fallen well below his expectations. He let them know in no uncertain terms that better is expected.

To the victor go the spoils and we must be gracious in defeat as Spurs have had to take a lashing from us in the last twenty years. Despite Martin Atkinson dishing out cards like he was late for Christmas he cannot be blamed.

We at least have a chance to cauterize this wound and heal quickly as we face Leicester City on Tuesday the 10th of Feb. If we fail to bag the maximum points it is arguable that the pain would be far greater. We should be looking to further the Foxes woe by putting them to the sword. Three points or bust with our rather noisier neighbours now above us by a point and Liverpool breathing down our necks.

I still feel confident we will finish in the Top 3. It may be a foolish notion currently as replays of Harry Kane looping a slow-motion header past Ospina loop endlessly in our minds, but if we can find consistency, then Utd look entirely unconvincing and Southampton don’t have the biggest of squads to cope with injuries. There is always hope!

So here is to us getting three points Vs Leicester and dumping Boro out of the Cup in the weekend. With a little luck, we could get a chance at redemption and face Spurs in the nex…..Oh, wait, we at least have that.