This evening is one you’ve been targeting for weeks. The event that has dragged your maudling behind through some ridiculously long days at work. Tonight, you shall shake off the worries and strains of the everyday ratrace.

Tonight – You shall party.

The quagmire you find yourself in now really shouldn’t be taking up any more than an iota of your brain. In the grand scheme of things, it shouldn’t even register on your radar. It is all you can think of though. It is the black hole of quandaries, dwarfing and obliterating all other thoughts until it is the sole item in your mind.

What do you wear?

The establishment you will be attending is pretty select and you have it on good authority that the girl you’ve had your eye on for months will be in your vicinity all night. Time to pull out the big guns.

It’s got to be the red shirt.

Red for passion. Red is vibrant, it’s daring. It screams out that you are the go-getter that she needs. You then glance to the open wardrobe.

Blue lackadaisically offers a tip of the fedora. It says that you are cool, you live life on the fly and don’t give a hoot for consequences.

What about the classic black shirt?

Black goes with your new shoes. Black goes with anything. It hides your unsightly muffin top and offers up an edited version of you that you much prefer.

Then again, what about the white shirt? It makes you resemble slightly tanned instead of the lookey-likey Casper that you actually are. What about the patterned shirt?

Why does it have to be a shirt? You’ve got some pretty hip t-shirts that open up avenues to other outfits and looks. What about trousers rather than jeans? Have you given any thought to wristbands? Shoes or boots? Will you need a jacket?

This miasma of panic, this bubble of overthinking, this problem within a quandary within a puzzle – is what faces Arsene Wenger when the seemingly unreachable prospect of a fully fit squad becomes graspable.

With the comprehensive destruction of Manchester City at the Etihad came an awakening of a forgotten fact. Despite a string of fantastic performances in a more central position, Santi Cazorla had oft been overlooked when talking of our more influential performers. The majority realised how talented he was, but last season arguably diminished his lustre to a degree. A low lnumber of assists and some mediocre appearances when out on the flank had left santi with a burning desire to remind everyone that this truly two-footed spaniard could drag our team nigh-on single-handedly if he wished.

Where do we play him though? We played what resembled a 4-1-4-1 Vs City. This tactic was massively derided earlier in the season with a few less than convincing outings. Even though we have players of a sufficient intelligence that should be able to adapt to a subtle shift in instruction, we struggled to make it work. Santi adopted a box-to-box role, Pretty much dead in the centre of the pitch – he defended stoutly and attacked with verve whenever he was needed. Aaron Ramsey assisted gamely until his recovery from injury got the better of his stamina levels and Francis Coquelin was an emphatic defensive shield that covered gaps, runners and chased the ball with the heart of a lion.

Why not use the line-up that worked so effectively in that game? Why change what works? Don’t the players deserve the chance to cement their place? In a saccharin-infused world, yes. Variables ruin this vision though. Different opponents bring with them a requirement for different tactics. With that shift in thinking then comes a necessity for a change in personnel.

I offered up my First XI with a fully fit squad on Twitter. With that, came the inevitable disagreements from fellow Gooners. All were sound arguments. It took me about half an hour to think up a hypothetical team. Imagine if I was a Gaffer? I’d go to pieces. It’s not a simple case of listing strengths and weaknesses either. 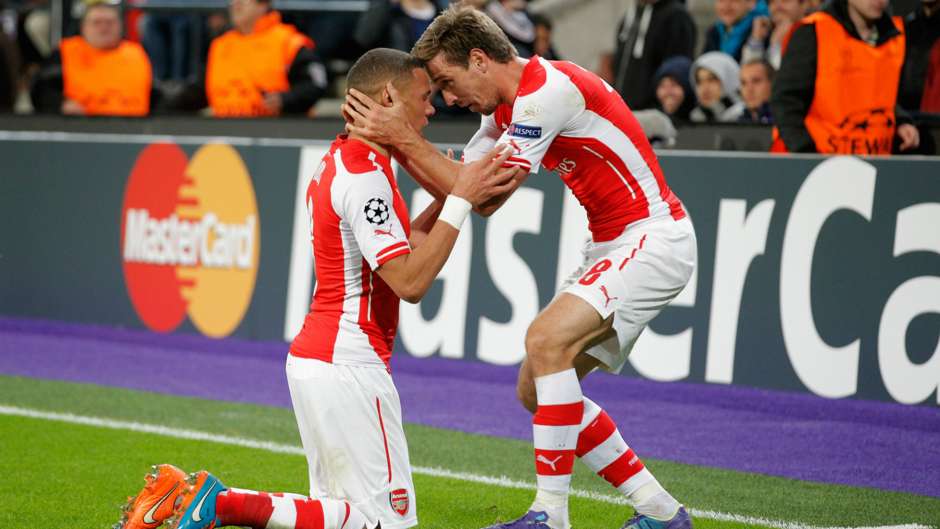 Nacho Monreal has put in some brilliant displays of late and some would argue he has pushed ahead of Gibbs for the regular Left-Back slot. Nacho would seem to be the more able defender and has great stamina levels. Gibbs is the better attacker with superior speed. I can’t even decide who’s our LB.

What about the hotly contested centre midfield positions? Ramsey has shown that he is capable of playing world-class football. In defence and attack he can be a true asset. What of Jack Wilshere though? He needed to evidence what he is capable of this season and from the start before he was crocked, he showed that he is an all-round performer with an eye for a pass. So surely then it has to be Jack and Aaron in the midfield?

Where does Santi fit in? For me, I’d put him alongside Jack in midfield. He has shown he lacks nothing needed to play there and his bite in the tackle allied with his unmatchable talent to carry the ball gives us the power to convert defence into attack in the blink of an eye.

Theo, The Ox. Two players who can change games. Some would offer that Theo would offer more from the bench versus tired legs but others would say that The Ox still hasn’t convinced with his final product. Both offer pace and scare the opposition. The Ox gives versatility and Theo has goals.

Can Ozil finally convince in the Premier League? Can his newly found muscles aid his bid to transfer his La Liga stats to England? Can Giroud keep Welbeck at bay? Does Sanchez offer more on the left than in the centre? Can I get some aspirin?

All of these selection nightmares must plague Arsene. True, his mighty wages warrant such questions answered. He has the knowledge and experience necessary to fit all cogs together to ensure the Arsenal Cannon fires just and true.

Whatever he selects, he will still be a villain. For only eleven players can take to the field and that means at least two world-class players will be sitting on the bench waiting for their chance. Even our goalkeeping situation is open to debate!

The selection nightmare though, is a novelty to us though. With an injury list that has always blighted us, it has left Wenger with enforced decisions. Now we are finally nearing an injury-free squad.

This – despite the numerous problems I have discussed – is needed. With a top-flight club, a vast and adaptable squad is mandatory. Games in Europe, a domestic cup run and a 38-game League means that rotation is no longer just a Claudio Ranieri symptom. It means that Theo may play when we adopt a counter-attacking mentality but when we play versus more methodical opponents, he may be better from the bench.

Unfortunately though, a more cynical facet of selection still exists. With reputation, wages and transfer fee are a demand to start. Like it or not, if Ozil has a spell on the bench, then headlines will declare that this is the end of his career at The Emirates. Ditto with Ramsey, Jack, Theo etc. With a run of games from the bench, then rumours and negativity abound.

So this is what faces our Manager. It is both welcome and a burden. All I have to offer is my inane babbling and the realisation that I cannot pick a team without taking at least three hours and asking the opinion of several others. Wenger doesn’t have that luxury nor the absence of pressure.

So what to wear? 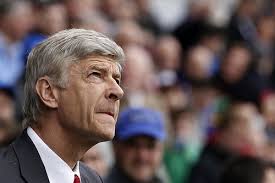 Wenger has the ability to pick one hell of an outfit…………..